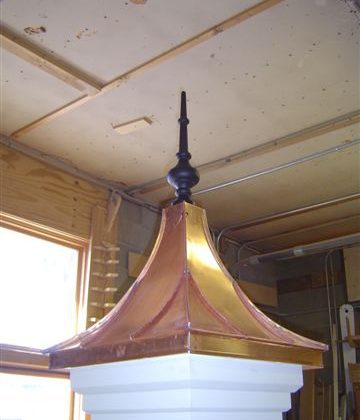 Dave Pope, in the custom millwork department of Brunsell Lumber and Millwork, let me know last month that he was considering Guttersmiths, among several other sheet metal companies in the Madison area, to fabricate two sign post caps for a project they are working on. I found out recently that Guttersmiths won the bid, which is very exciting. Brunsell Lumber and Millwork is highly regarded in the Madison area among contractors and homeowners alike. Brunsell is a member of the Madison Chapter of the National Association of the Remodeling Industry, and has won multiple awards for the goods and services they offer. They will be opening a new custom millwork showroom in the near future, which brings us back to the sign cap project. This will be the sign that welcomes patrons to their new showroom when folks first pull up to the building. A square-shape pillar on each side of the sign will be topped by a four-sided standing seam metal cap, fabricated by Guttersmiths.

UPDATE: The caps are completed and photos are attached here for everyone to check out. Originally, Brunsell was weighing the pros and cons of a Kynar 500 finished steel or aluminum product, from which to fabricate the caps, versus copper. After some thought and discussion, Brunsell specified copper caps, and Guttersmiths were more than happy to oblige. 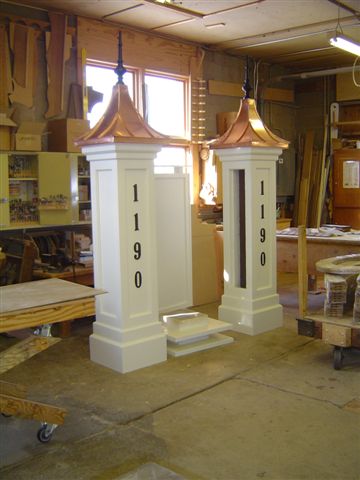 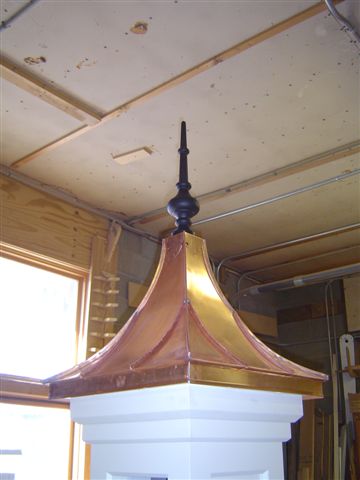 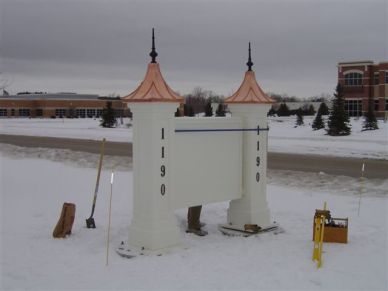 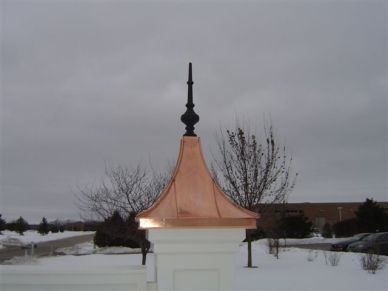