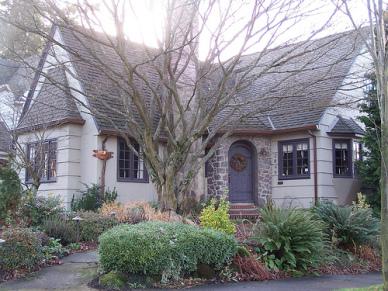 Downspout of the Week – Dragonfly 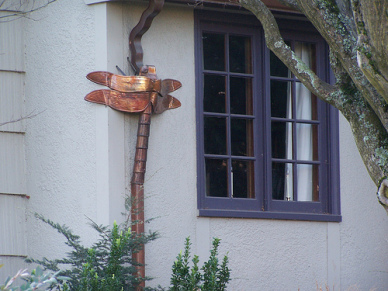 At first glance, you might think the world really is coming to an end. Enormous bugs and all. But fear not! It’s just our downspout of the week. This giant copper dragonfly was cleverly incorporated into this home’s downspout system.  He appears to have landed on the side of the house for a quick sip of water and was apparently nice enough to let the excess drain out through his tail.

This creative idea was a fantastic way to add some eye-catching detail to the home. I’m a big fan of the fact that they only installed one. More than that could start to look like an infestation. And who would want their house to look like the target of one of the ten plagues of Egypt?

Classy, not creepy. That’s the way to be.

Downspout of the Week - Rube Goldberg

Downspout of the Week - Downspout Planters

Where can I get one?

Hello! I believe https://artofrain.com/ did the dragonfly downspout. They have some AMAZING pieces for sale.