Downspout of the Week – The Red Gym 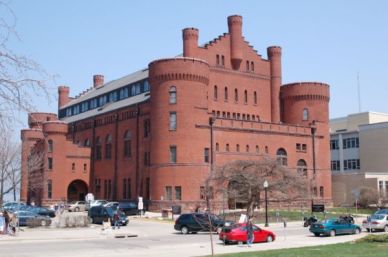 Our downspout of the week comes with a little history lesson. Yay for learning! 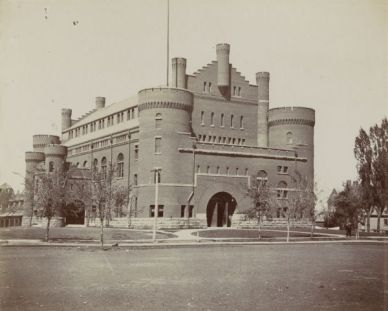 The University of Wisconsin Armory and Gymnasium, also known as “The Red Gym,” is located on Langdon Street in Madison next to the Memorial Union, overlooking Lake Mendota. Construction on this beautiful building started in 1892 and was finished in 1894.

The Red Gym’s original purpose was to serve as a military training facility as well as an athletic center for students. The building held military offices, drill halls, a running track, pool, two rifle ranges and a gymnasium where basketball games were played until the Field House was opened in 1930. The assembly hall was used for political speeches throughout the years and hosted the Republican state conventions in 1902 and 1904.

After WWI, the building was no longer used for military training and in the 1930s and 1940s a fair amount of the space was converted into administrative offices. After WWII there wasn’t much use for the building and the Red Gym faced demolition. It was threatened again in the 1960s when a new gym was built on campus. Luckily, it was saved both times due to popular sentiment. The building was damaged in 1970 when anti-war protestors aimed a firebomb at it, but was restored and was declared a National Historic Landmark in 1993.

The Red Gym is now the home of the University’s Multicultural Student Center, Campus Information and Visitors Center as well as other student services.

I said all that to say this, the Red Gym has awesome downspouts. Check out these custom bent hexagon downspouts with projected mount downspout straps and super rad leader heads. 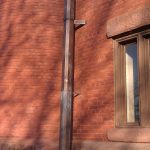 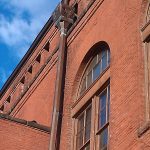 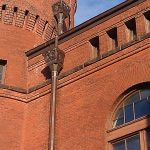 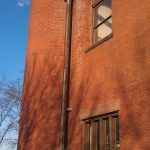 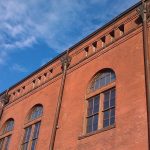 Downspout of the Week - Downspout Boots

Downspout of the Week - Tea Time!